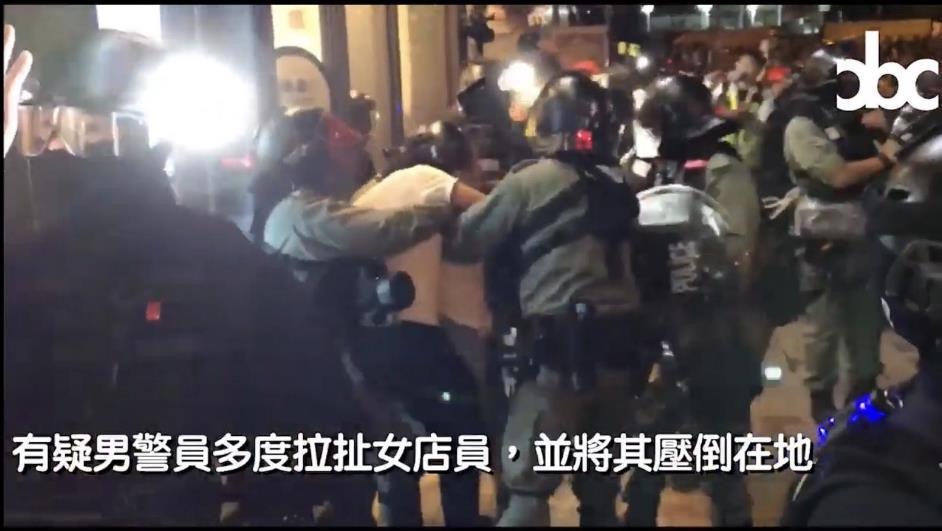 In Tuen Mun, New Territories, a restaurant named Dan Yatai was being asked by a group of riot police to get in to search for suspect. As the police did not have any warrant, the owners turned down the request. In the midst of the argument, the female owner was pulled down and arrested suddenly by several polices.