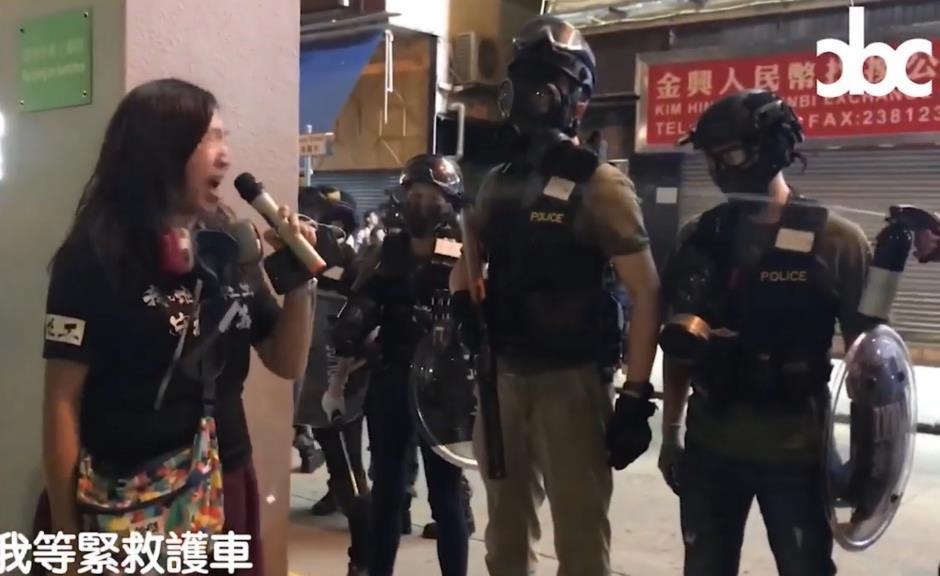 A group of riot police rushed into a sitting-out area nearby the Allied Plaza in Mongkok, Kowloon, and used batons to hit the residents (Including elderly). And they beat the head of a social worker there, causing the man suffered from serious bleeding. Afterward, a social worker was waiting for the ambulance coming to offer medical treatment to aforementioned wounded social worker. In the midst of her complaint about the incident, a riot police suddenly sprayed pepper-water in close distance.

Several police were filmed beating a non-resistive citizen who had been under arrest and no any resistance in San Po Kong, Kowloon.