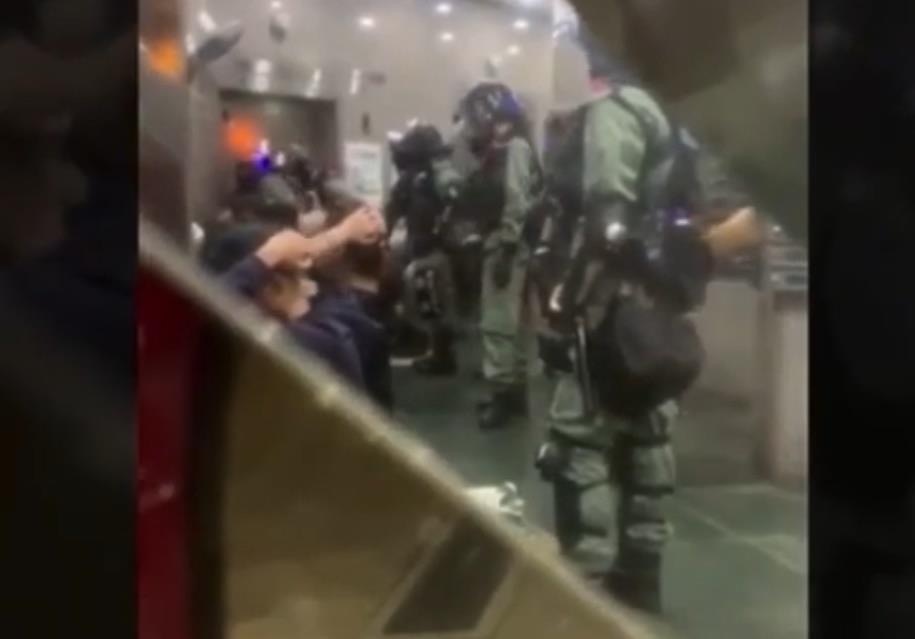 A group of riot police went into the lobby of Siu Hin Court Yat Sang House, a private building block, in Tuen Mun, New Territories. They ordered the citizens there to stand in a row, kneel down facing the wall with their hands holding their heads for almost half an hour. Police did not allow journalists to go in. Those citizens were frisked and questioned, their bags were searched and were treated by the police rudely. Several citizens were arrested by the police.